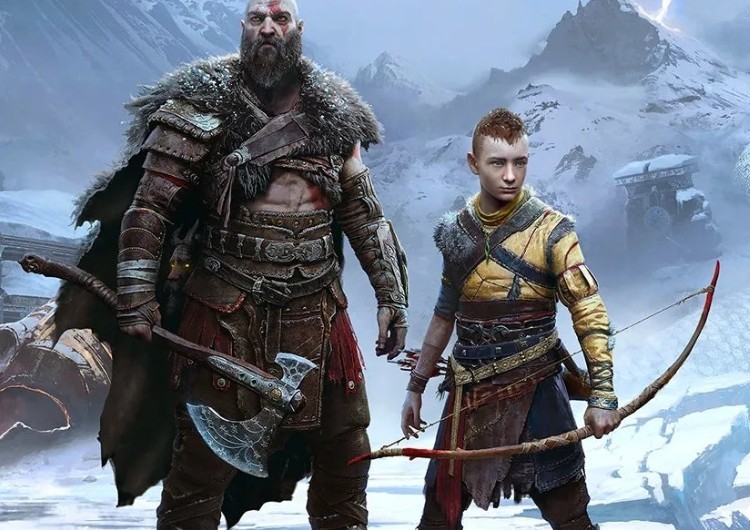 
WHAT IS?
God of War Ragnarök is an upcoming action-adventure video game developed by Santa Monica Studio. Made for the PlayStation 4 and PlayStation 5. It will be the ninth instalment in the God of War series, the ninth chronologically, and the sequel to 2018's God of War. Loosely based on Norse mythology, the game will be set in ancient Scandinavia and feature series protagonist Kratos and his teenage son Atreus. Serving as the finale to the Norse era of the series, the game will cover Ragnarök, a series of events that bring about the end of days.

PLOT?
Embark on an epic and heartfelt journey as Kratos and Atreus struggle with holding on and letting go From Santa Monica Studio comes the sequel to the critically acclaimed God of War (2018). Fimbulwinter is well underway. Kratos and Atreus must journey to each of the Nine Realms in search of answers as Asgardian forces prepare for a prophesied battle that will end the world. Along the way they will explore stunning, mythical landscapes, and face fearsome enemies in the form of Norse gods and monsters. The threat of Ragnarök grows ever closer. Kratos and Atreus must choose between their own safety and the safety of the realms.

“It's all unapologetically fast, and undeniably glorious – harking back to the brand of frantic action in which the series was originally rooted.” – IGN.

It is scheduled to be released worldwide on November 9, 2022