IN DEFENCE OF CYBERPUNK 2077 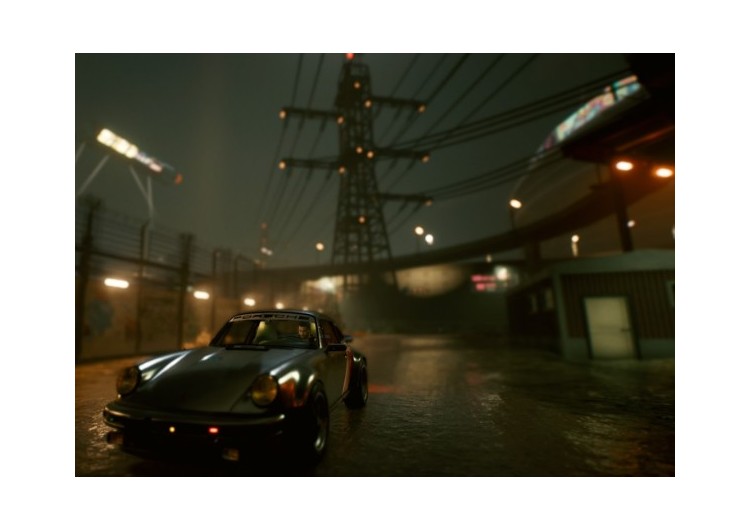 IN DEFENCE OF CYBERPUNK 2077:
One of the most anticipated games of all time just... sorta fell off a cliff. But is it actually good? The short answer is YES!


May contain glitches, we mean spoilers.
It is buggy. But let's not act like it's the only game to ever be buggy at launch. I wouldn't say it was the worst either. The hotfixes have fixed a lot of annoying little things now but there is still a long way to go. Realistically (from the rumours of what they cut from the game) it needed another year in the making. If your a perfectionist then I would probably wait until the first free DLC. If you don't mind the odd floating person and/or objects or slightly slow mechanics, or things not loading 100% within the first couple of seconds or getting yourself trapped underneath buildings, or having to redo missions again then you're good to go as long as you do a manual save before every mission (just in case). We have played since launch (around 120 hours I do believe). This is probably the only game where we played that many hours and it did not get the slightest bit boring. The game we have played today will likely be totally different from the game in 6 - 12 months' time and we guess time will tell if that's for the better or worse.
Most critic reviews were actually overwhelmingly positive.


LET ME PLAY
You will be eager to get started but you can't because you're stuck in storytelling which is actually a great way to draw you in. Do not skip any of it. You will have no idea how to play the game. The tutorial is given to you from Jackie in the form of a shard, do it! Once that mission has ended you are allowed to do what you want. Take your time and just mess around for a bit before digging into the story. You will get to enjoy the story more rather than worrying about how and what everything does. Stick with it, you will get the hang of it. The life path only truly gives you a different beginning, some different dialogue options, and a unique mission to your path.

Hopefully, the following will convince you to play the game:

THE CHARACTERS
The game is very character-driven. From the get-go, you are thrown into this bromance that you instantly feel some connection to (despite hardly playing it at this point). And then every character you meet after this takes up a piece of your heart. Even the characters giving you gigs (jobs) who you only speak to on the phone have huge personalities (you can meet them btw, look for the handshake icon in each area). Clair the bartender at the Afterlife has one of the coolest missions for you (it's a racing mission) but heavily story-driven. Your relationship with Johnny is the most complex. You want to hate the guy but you can't help but love him. You get to take lots of swipes at him and he will dish back just as good. Heads up: There is one mission (The Devil trophy one) where he misleads you, making you miss the trophy.
I've thought about the characters in this game a lot more than any other game I've ever played.
They are so well-acted, you can hear in their voices what emotion they are feeling without seeing their face or having the conversation in context.

CD Projekt are pros at dialogue, and in Cyberpunk is no different.

There are 4 characters who you will get the closest with; Panam, River, Judy, and Kerry. Depending on your gender, not everyone will want a romantic relationship with your V, no matter how handsome you make him/her. Romance missions are not cheesy, they do somewhat continue after the initial mission depending on who you chose and how you chose to face the final mission. You can choose not to have a relationship with anyone too. Your friendship with Judy is particularly nice, not gonna spoil it, but it feels like you stay in touch with her a lot more than the others.
(you can romance more characters, but these are the most memorable). Johnny has a fair few romances too.

Normal people in the streets can be dumb. But if you go to the right spot some can be so interesting, having their own conversations, getting into fights with each other, eating food, or just playing music. This is the first game I've played where it really does feel like all the other characters/people have their own lives going on and you're just a visitor to that.

Your life in Cyberpunk is made important by the people you interact with, This draws you, the player, deeper into the story, Don't fight it, just go with it.


MAIN MISSION
The main story is actually rather short, but this is a good thing. The missions are not repetitive. Every mission feels necessary. The main mission introduces you to a lot of the other characters. The story forces you to think about it even when you're not playing. You choose how you play it out; even though most missions will have the same/similar end goal.
Not going to go into much detail here as we don't want to spoil any of it. Just don't skip anything.

THE ENDING
There are a lot of characters and mini paths you can follow that ultimately lead to the same conclusion. We've played all the endings, Suicide; you're a chicken if you choose this, The Devil - a corp ending really, The Star - a perfect ending if you're a romantic and you really got into the Panam story (my second favourite ending), Temperance Ending -  sad/ great if you like Johnny and The Sun which is my favourite and probably fits the story slightly better.

There is also a secret ending.. a better suicide mission.. Just you alone, when you die, you die. This mostly just changes the combat. You will end with either Temperance ending or The Sun ending. We have a little tip for this one. It's kinda split into chapters, save between them. When/if you die, the credits will roll, it will ask you if you want to go back to the start of the mission or back to the main menu, choose the main menu, and then load the game.


DRIVING
It takes some, ok, a lot of getting used to. We spent the first hour constantly running people over and then having to drive away to get away from the police (the current policing system doesn't really work they will lit appear out of nowhere). Since the updates driving has become a lot smoother. Even the slow cars look amazing. The cars are crazy fast. You can waste hours in the Badlands doing jumps. In the right vehicle (and if you get the controls right you) can drift around corners soo effortlessly. And unlike other games,  you can actually use your cars to store weapons and armour.
Johnnys Porsche 911 is just perfection.
Not entirely sure if this is because of a glitch or if they are designed like this but each car feels like it has its own personality which really does create an incredibly fun driving experience.


SIDE QUESTS
You will very quickly get distracted from the main story. Your phone will constantly go off with cars for sales, gigs, and side quests, and unlike other games where having a phone is just a gimick: Like where you would have to then drive to the person to get the gig or mission instead of them just giving it to you over the phone, in Cyberpunk it's given to you over the phone and stops unnecessary traveling, it's simply a bit more realistic. The majority seem mad at first glance but if you dig deeper there is often more to it. Read shards and listen to what characters are saying; it's often worthwhile if you are a story nerd. Because there are different gangs or fractions most side quests won't feel alike, they have different playing styles and are totally different levels. You will kill or neutralize in most of the side quests I guess things are just as bleak in the future.


THE LITTLE THINGS
Cyberpunk takes lots of great things about other RPGs and puts its own often better twist on them. You can open the bonnet of your car to look at the engine, there is a huge wardrobe (I wish they made some of those jackets in real life because they are fire), Customizing at the start, you get to choose who and how your V is and looks, you even get to choose your genitals (kinda pointless because they don't feature in the game), Random billboard designs which are both hilarious and scary at the same time, The news stories on the radio or on the TVs in the lifts, Wicked Graffiti, A talking gun and vending machine with a real personality, Random stories on shards, Kong (try and climb up to the top of a building). There is also a rollercoaster you can ride your bikes on (if you have good balance) and there is a mission where you find the greatest netrunner to ever exist dead in a freezer because he never trusted anyone, Arcade machines everywhere (annoyingly unplayable atm). The world is full of interesting things to do or see.


COMBAT
Each gun doesn't feel the same. You will have a favourite gun and a way to neutralise the bad guys but play around with them. Headshots are easy with most guns. Cyberware Mods (blades built into/ coming out of your hands), Gorilla arms (not literally, unfortunately), Samurai swords, and other melee weapons are also an option. Or use Quickhacks, this can be fun, making bad guys fight against each other, detonating grenades on other bad guys, or just make them kill themselves. It might be because of the short story but you do not get bored of fighting people.

PREEM
We took about 700 screen grabs. It is a very photogenic game and the photo mode is superb, the best I've ever experienced on a console. Try playing the game without taking one snap. The game as V would say is Preem.
The game is so similar yet so so different to any RPG you have ever played. It won't look it now but it will be a milestone for any future RPG, The storytelling and immersive world is at the heart of the game. Initial bad PR is the ultimate problem with the game. It really isn't *that* bad. Some of the glitches make the game better, others make it worse. The game today is totally playable and 100% enjoyable. If you love a good story, if you like a good shoot-out, if you like a bit of stealth, if you like driving cars, if you like interesting ways to kill people or, if you just like something nice to look at then Cyberpunk 2077 is a great choice to play.

We hope you give Cyberpunk a go or at least a second chance.