MOVIES TO WATCH THIS CHRISTMAS 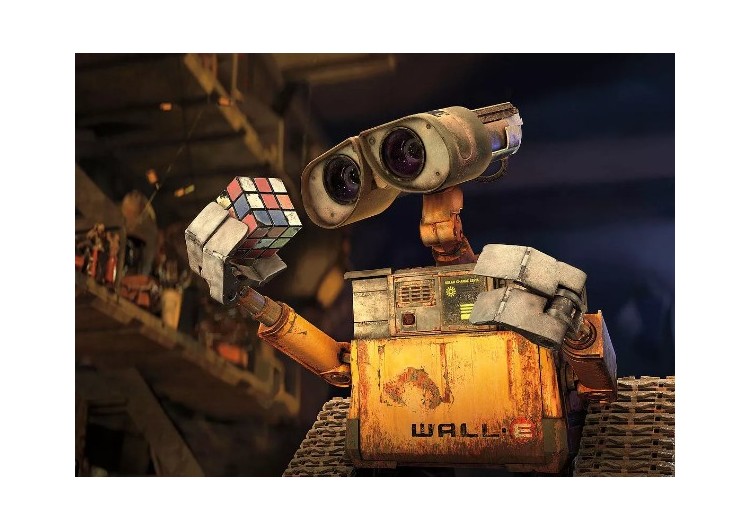 MOVIES TO WATCH THIS CHRISTMAS:
Not necessarily Christmas movies but..


WALL-E (2008)
A machine responsible for cleaning a waste-covered Earth meets another robot and falls in love with her. Together, they set out on a journey that will alter the fate of mankind. In the 29th century, rampant consumerism and environmental neglect have turned Earth into a garbage-strewn wasteland; humanity is nowhere to be found and has been evacuated by the megacorporation Buy-n-Large (BnL) on giant starliners seven centuries earlier. Of all the Waste Allocation Load-Lifter: Earth-class (WALL-E) robots left by BnL to clean up, only one remains operational. Directed by Andrew Stanton.
This is simply a really cute movie that took all the best bits from all the past Pixar movies and made them its own. It is possibly one of the few movies ever released whose message sticks with you long after the credits have rolled.


GOODNIGHT MISTER TOM (1988)
A World War II tale in which a curmudgeonly widower living in a small village takes in a nine-year-old evacuee from London. The widower soon realises that his young charge has been damaged both mentally and physically at the hands of his strict mother. He sets about undoing the damage, teaching the youngster to read, write and draw, but as his tenth birthday looms, the child is summoned back to the city. Originally a children's novel by English author Michelle Magorian, published by Kestrel in 1981, tv film adaptation by Carlton Television. Directed by Jack Gold, and was his final film. An odd choice. This was a movie that was always on the tv at Christmas time when I was a kid. When it wasn't on, my mum would resort to the dvd, which she scratched several of from watching it so much (thank goodness for streaming). It will make you feel so many emotions. More importantly will make you happy for what you do have, not what you don't.


DECK THE HALLS (2006)
Steve and his new neighbour, Buddy, try to outdo each other in decorating their houses for Christmas. However, Buddy's extravagantly-decorated house overshadows Steve's, causing a conflict. Directed by John Whitesell.
Danny DeVito makes the movie. It is what it is. Pure Christmas fun. It doesn't deserve the reviews it got.


BAD SANTA (2003)
Rather than spreading good cheer, Willie, a swindler dressed up as Santa, and his elf partner Marcus try to rob a mall. Their motive fails when the thief befriends an eight-year-old boy. Directed by Terry Zwigoff. Written by Glenn Ficarra and John Requa. The Coen brothers served as executive producers. Ficarra and Requa completed what they described as a "really crass script", with the Coens adding "a bunch of crass jokes". When the script's final draft was sent to Universal Pictures, the studio rejected it on the grounds that "It was the foulest, disgusting, misogynistic, anti-Christmas, anti-children thing we could imagine," all of which influenced Miramax to give it the green-light.

NATIONAL LAMPOON'S CHRISTMAS VACATION (1989)
Clark Griswold is really into Christmas and promises to make it a good one until he turns everything completely around, causing a domino effect of disasters. This movie is 31 years old.. and watching it today it still catches up and runs over most modern day alternatives. A very funny, heart warming comedy/ christmas movie. This is a MUST WATCH every year. Angelo Badalamenti composed "Christmas Vacation" sang by Mavis Staples is probably the greatest Christmas song from a movie ever created and you will most likely watch most of the credits just to listen to it.

Elf (2003)
Buddy, a human, is raised amongst elves at the North Pole. When he discovers that he is not an elf, he travels to New York to search for his biological father. A movie that needs no introduction or explanation as to why it is on the list.

KLAUS (2019)
After proving himself to be the worst postman at the academy, a postman is posted to a frozen town in the North where he discovers Santa Claus is hiding out. Possibly one of the best Christmas movies in recent years and will have the whole family staring gormlessly at the TV on Christmas morning!


BABE: PIG IN THE CITY (1998)
Even though Babe wins a shepherding contest, Farmer Arthur Hoggett refuses to make money using his pig's talents. Babe and Mrs Hoggett head to the city in order to raise funds to repay the bank loan. Sounds totally normal right? Just a perfect movie to drift in and out of on Christmas day. Directed by George Miller

BABY'S DAY OUT (1994)
Three bumbling crooks pose as photographers to kidnap the son of a millionaire. But the baby turns out to be smarter than them, making it difficult for them to hold on to him. Not a Christmas movie, but something we use to watch all the time as toddlers. Directed by Patrick Read Johnson. Despite failing at the box office, the film was also the 26th best performing PG-rated family film of the year in 1994. It's kind of become a cult classic among those who grew up watching it.

THE SNOWMAN (1982)
When a young boy starts making a snowman on Christmas, it magically comes to life. The Snowman then takes him on a journey to meet Santa Claus. Directed by Dianne Jackson. Christmas simply isn't complete without this movie.