MOVIES TO WATCH THIS HALLOWEEN 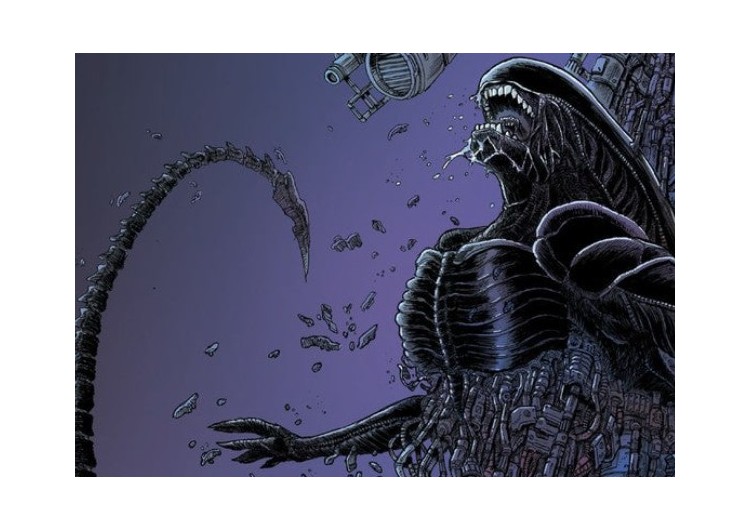 10 MOVIES TO WATCH THIS HALLOWEEN:
This caused a few arguments in the office. But we think we have put together a pretty decent list of movies to consider watching this Halloween. A good mix of family friendly movies and the not so family friendly movies. The list is in no particular order.

HALLOWEEN (1978)
(OBVIOUSLY). How could the queen of running and screaming not be on the list?
Halloween (titled onscreen as John Carpenter's Halloween) is a 1978 American horror film directed and scored by John Carpenter, co-written with producer Debra Hill, and starring Donald Pleasence and Jamie Lee Curtis in her film debut. The plot tells about a mental patient who was committed to a sanitarium for murdering his teenage sister on Halloween night when he was six years old. Fifteen years later, he escapes and returns to his hometown, where he stalks a female babysitter and her friends, while under pursuit by his psychiatrist. You could watch all eleven sequels too, but i would skip them and just watch Halloween (2018).

CHILD'S PLAY (1988)
One of my all time favorite franchises. Karen buys her son Andy a sought-after doll for his birthday and Andy names it Chucky. Things take a turn for the worse when Andy discovers that Chucky is possessed by the spirit of a serial killer.
There are seven movies in the original franchise. The first being psychological horror, the sequels are more like 80's slasher comedies and then the later movies are slightly cheap, horror comedies, You should watch them all. Even the 2019 reboot as Mark Hamill (Yes the Mark Hamill from Star Wars) is the voice of Chucky. The reboot gives a modern twist to an ageing story. It's a lot of fun!

ALIEN (1979) + ALIENS (1986)
It blows my mind that Alien came out in 1979, The effects and film making are superb and some modern day movies don't even compare. The crew of a spacecraft, Nostromo, intercept a distress signal from a planet and set out to investigate it. However, to their horror, they are attacked by an alien which later invades their ship. There is such fine detail in everything. You feel invested in the characters. Midway through the movie you really do not know if anyone will survive.
Directed by Ridley Scott. Story by Dan O'Bannon & Ronald Shusett.

Set as a direct sequel Aliens continues the franchise in the right direction. Ellen Ripley is sent back to the planet LV-426 to establish contact with a terraforming colony. Once there she encounters the Alien Queen and her offspring and has to fight them to survive. James Cameron manages to remind fans why they liked the original movie and expand/ confuse everything we thought we knew about the Aliens. Directed by the actual James Cameron. Story by James Cameron, David Giler & Walter Hill. Both these movies together will make a fantastic night of movies"

THE TEXAS CHAINSAW MASSACRE (1974)
The film follows a group of friends who fall victim to a family of cannibals while on their way to visit an old homestead. The film was marketed as being based on true events to attract a wider audience and to act as a subtle commentary on the era's political climate; although the character of Leatherface and minor story details were inspired by the crimes of murderer Ed Gein, its plot is largely fictional. The Texas Chain Saw Massacre was banned in several countries, and numerous theaters stopped showing the film in response to complaints about its violence. The movie is a no messing horror movie. Thanks to clever (and it's low budget) filming/ editing the movie is nasty, it's creepy, scary, and gross. Just don't go in hoping to see a real massacre. One of the true originals of the horror genre. Probably why it's such an icon now.

THE SAW FRANCHISE (2004-2017)
Saw is the total opposite of the Texas Chainsaw Massacre in that you don't have to imagine what happens in between 'those' scenes. You see all of it! Blood, blood and more blood. Killing people who you don't necessarily feel for or care about in unique torture devises, Saw does what it needs to do to keep you thrilled and entertained. It isn't a scary film in the sense that you don't know what is going to happen, it's a scary film in the sense that you know exactly what is going to happen. Two men awaken to find themselves on the opposite sides of a dead body, each with specific instructions to kill the other or face consequences. These two are the latest victims of the Jigsaw Killer.

HOSTEL (2005)
Three friends traveling across Europe meet a man who convinces them to visit a hostel. When they reach the hostel, they encounter terrifying situations. Another very gory horror movie. Full of guts and gore, overflowing even, you will need a bigger bucket. Intense torture scenes. And.. somehow.. manages to keep a story. If you have never seen it then you have to watch it this Halloween!

THE HILLS HAVE EYES (2006)
A "remake" of Wes Craven's 1977 film of the same name. When a family traveling to California is captured by psychotic cannibals, the results of the nuclear tests conducted by the USA, they are forced to fight and survive but the chances look bleak. According to the original writer/director Wes Craven, The Hills Have Eyes was inspired by the story of Sawney Bean, the head of a wild Scottish clan who murdered and cannibalized numerous people during the Middle Ages. This fast paced remake has a good mix of gore and disgust. This film is a lot of fun, just go with it!

SCREAM (1996)
It's unusual for a franchise to have so many good sequels. Scream just keeps on delivering.
The slasher comedy was a refreshing take on the horror genre back in 1996. A year after Sidney's mom is murdered, more murders start to occur. She begins to suspect if these murders are related and tries to find the killer as everyone seems to be a suspect. Simply iconic, you can't go wrong with Scream.

THE SHINING (1980)
Jack and his family move into an isolated hotel with a violent past. Living in isolation, Jack begins to lose his sanity, which affects his family members. Another icon. Jack Nicholson was Kubrick's first choice for the role of Jack Torrance; other actors considered included Robert De Niro (who claims the film gave him nightmares for a month), Robin Williams, and Harrison Ford, all of whom met with Stephen King's disapproval. I can't imagine anyone else playing Jack Torrance, can you? You don't know where the story is going, even if you read Steven Kings novel.

HOCUS POCUS (1993)
"Its been 300 years, right down to the day, now the witch is back, and there's hell to pay" as the Sanderson sisters are resurrected in Salem when Max lights the black flame candle. This cult classic family friendly Halloween film is full of fun and spooks and is just the ideal film for a Halloween movie night that kids and especially adults love.