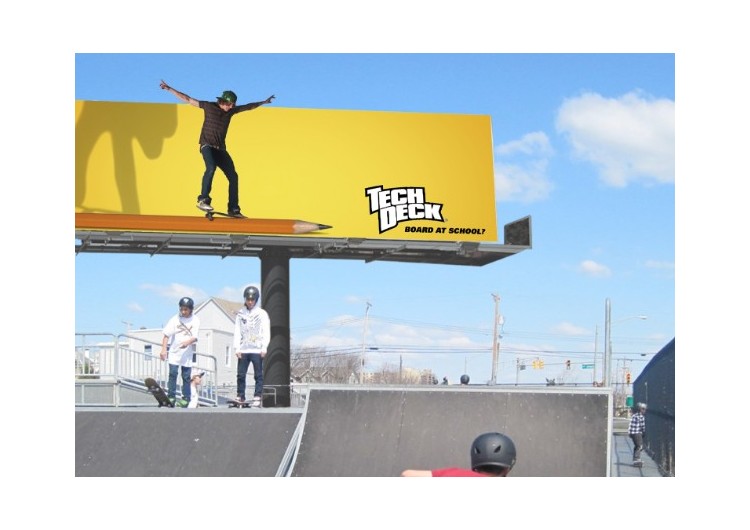 Somerville International's Fingerboard brand, established in 1987, was the first to mass-produce fingerboards with actually licensed skateboard graphics with the introduction of the Pro-Precision board. They produced a number of "finger sport" toys and also created the skateboarding action figure "Finger Boy" and "Finger Girl".. (Could you even imagine this today). The craze wouldn't reach it's peak for years to come.

Christmas of 1998 Teck Decks appeared on some toy shop shelves, by early 1999 Tech Deck's hit every toy store across the United States with a ramp kit, and a more accurate model of a skateboard compared to the Pro-Precision boards. X-Concepts followed Somerville's ideology with licensed pro graphics from major skateboard brands, as well as designs harnessed from entertainment properties such as "Speed Racer," "Woody Woodpecker," "NASCAR," "Heavy Metal," and "Crash Bandicoot." As fingerboards became more prominent outside the skateboarding community, in 1999 there was a Tech Deck fashion of collecting one of each design similar to the Beanie Baby fad months prior. Entertainment-based fingerboard brands couldn't compete against the urban juggernaut and eventually disappeared. Skateboard Clothing/Shoe companies got in on the action, creating fingerboards with their brand on them and giving them away with orders. This developed the fingerboard into a collectable toy and the practice into a "form of mental skating".

Some older sealed Tech Decks sell for upwards of £50 today on marketplaces. Not bad for a £2.99 investment.

Fingerboard-product sales were estimated at $120-million for 1999.

We have a collection of Tech Decks now available with free delivery worldwide. Take a trip down nostalia lane..