THE HOUSE THAT FREDDY BUILT. 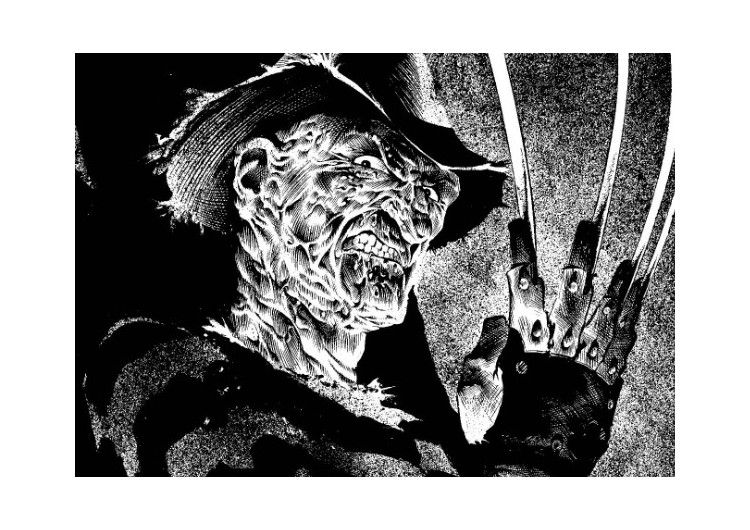 THE HOUSE THAT FREDDY BUILT.


freddy kruger , one of the biggest characters his genre is known all over the world.
Nine movies, A tv series, comic books and shedload of merchandise cerments this aging characters iconic status.

It was never plain sailing however..

Wes Craven began writing A Nightmare on Elm Street's screenplay around 1981, He pitched it to several studios, but all of them rejected it for various different reasons. Walt Disney Productions showed interest but unsuprisingly they wanted Craven to tone down the content to make it suitable for children and pre-teens. Craven declined and moved on.
New Line which had very little experience in making actual movies and had only really distributed films did not have the money to make the film at the time, Robert Shaye liked the idea so much he brough the option and they started on polishing the script, thinking.. if they got that right they could get the money very easily. Almost 2 years later enough funds (a little over 2 million dollars) could get the project started. After casting.. pretty much everyone they wanted and just 2 weeks before principal photography was about to begin Shaye walked into the the production office to announce a european Investments company had withdrawn their share, It was half the investment! Things were so bad they couldn't pay any of the cast or crew for nearlly 2 weeks. For most of the cast it wasn't about the check, most saw the film as a stepping stone to more, bigger roles. Shaye eventually signed a deal with Media Home Entertainments, risking almost everything he had on this film. Fiming could finally start.

Tensions between Robert Shaye and Wes Craven continued throughout the making. Disagreeing creativly. The deal Wes had signed (when he too was in financal difficulty) meant Shaye had full creative control. An example.. Wes hated the stair case scene (that was made from pancake mix btw) and refused to film it.. So Shaye did it.

The film was Shot in just thirty-two long days.

Wes Craven first came up with the basic idea for the movie from a series of articles in the "Los Angeles Times" over a three-year period, about a group of Southeast Asian refugees from the Hmong tribe, several of whom died in the throes of horrific nightmares. The group had come to the U.S. to escape the murderous reign of Pol Pot, and within a year of arriving, three men had died all in similar situations, the young, otherwise healthy man would have a nightmare, then refuse to sleep for as long as he could. When he finally fell asleep from exhaustion, he awoke screaming, then died. Autopsy results revealed that they had not died from heart failure, but had simply died. It was this inability to find a cause of death that intrigued Craven so much. Medical authorities have since called the phenomenon Asian Death Syndrome, a variant of Sudden Unexpected Death Syndrome (SUDS), and Brugada Syndrome. The inspiration for the character of Freddy came from several sources in Wes Craven's childhood. Fred Krueger was a schoolmate of his, with whom he had shared a paper route, and who had bullied him for several years. Craven chose to make Krueger's sweater colors that of red and green, after reading an article in Scientific American in 1982 that said the two most clashing colors to the human retina were this particular combination. Wes Craven's original concept for Freddy Krueger was considerably more gruesome, with teeth showing through the flesh over the jaw, pus running from the sores, and a part of the skull showing through the head. Make-up Artist David B. Miller argued that an actor couldn't be convincingly made up that way, and a puppet would be hard to film, and wouldn't blend well with live actors, so these ideas were eventually abandoned. The 1970s pop song "Dream Weaver" by Gary Wright sealed the story for Craven, giving him not only an artistic setting to "jump off" from, but the synthesizer riff from the Elm Street soundtrack.

Craven strove to make Krueger different from other horror film villains of the era. "A lot of the killers were wearing masks: Leatherface, Michael Myers, Jason," he recalled in 2014. "I wanted my villain to have a mask, but be able to talk and taunt and threaten. So I thought of him being burned and scarred." He also felt the killer should use something other than a knife because it was too common. "So I thought, 'How about a glove with steak knives?' I gave the idea to our special effects guy, Jim Doyle." Ultimately two models of the glove were built: the hero glove that was only used whenever anything needed to be cut, and the stunt glove that was less likely to cause injury.... Robert Englund cut himself the first time when he tried on the infamous Freddy glove. While on the topic of Robert Englund, It would take about three hours to get him into his Freddy make-up. Robert Englund's most high profile role before he landed the career-defining gig of iconic Freddy Krueger was playing Willie, one of the reptilian extra-terrestrials in V, NBC's blockbuster 1983 miniseries about an alien invasion. He was still playing the role when the orignal movie was released.

Check out the book: Never Sleep Again: The Elm Street Legacy and the Netflix Documentary 'Movies that made us'.

Freddy Krueger has under seven minutes of screentime.

Over five hundred gallons of fake blood were used during filming.

The scene where Freddy is set on fire, chases Nancy to the top of the stairs, falls back down, and starts back up again, was all shot in one take, with several cameras, and was the most elaborate fire scene ever filmed up to that time. Stuntman Anthony Cecere won best stunt of the year for the scene. He was only meant (everyone just expected him) to run to the bottom of the stairs and fall over.. Not up the stairs down the stairs and then half way up the stairs again.

In the original script, the movie ended happily. Nancy kills Krueger by ceasing to believe in him, then awakens to discover that everything that happened in the movie was an elongated nightmare. She then says goodbye to her mother, and drives to school with her friends. However, Robert Shaye wanted a twist ending that would leave the way open for sequels. He suggested fooling the audience into thinking Krueger has been defeated, only to reveal that the final scene itself is actually a nightmare, and then end the film with Freddy driving the car away from the house and the kids screaming. Wes Craven hated this ending, and ultimately four endings were filmed; Craven's happy ending, Shaye's 'Freddy ending' and two versions of a compromise ending Craven and Shaye had reached, in which Nancy's mother is pulled back into the house, but the audience is left slightly ambiguous as to what is going on. Craven has always maintained that the film should have had the happy ending he originally wrote.

In the end scene, the top to the convertible came down faster and harder than expected. The expression from the actors and actresses is real.

An omen that Johnny Depp's character is about to die occurs as he is lying in bed listening to his radio. The broadcaster announces, "It's midnight, and you're listening to station KRGR." KRGR is "Krueger" without the vowels.