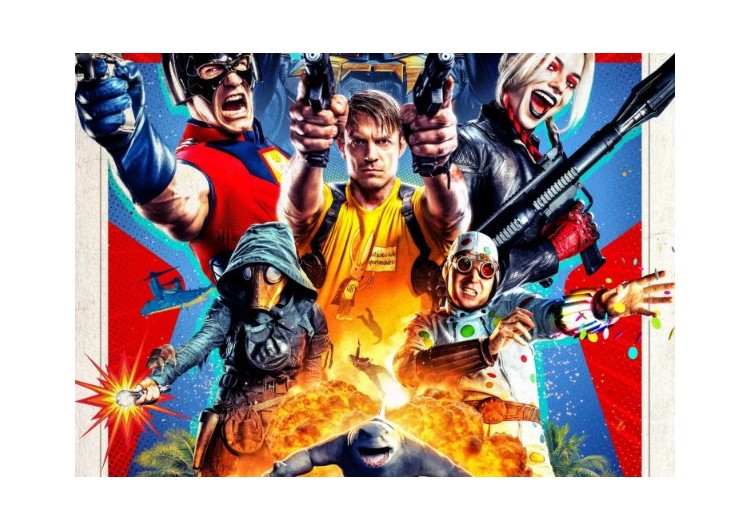 The first red-band trailer is now online for James Gunn's now highly anticipated sequel/ reboot, The Suicide Squad. (you can watch the trailer by clicking here). No one really knows where it fits in, in terms of timeline or in terms of the events that happened in the original Suicide Squad movie, all we do know is it will not follow the first films narrative and to be honest that's a good thing, it really doesn't matter, It looks like your be able to enjoy the movie regardless of what you already know about the characters. He's pretty good at making comic book movies and even better at creating comic accurate characters.

Idris Elba as Robert DuBois / Bloodsport: A mercenary with a technologically-advanced suit that only he can use. After shooting Superman with a Kryptonite bullet, he shortens his prison sentence by joining Task Force X so he can reunite with his daughter Tyla. Elba was originally cast to replace Will Smith as Deadshot before his character was changed to Bloodsport.

John Cena as Christopher Smith / Peacemaker: A ruthless killer who believes in achieving peace at any cost. Cena described him as a "douchey Captain America", while director James Gunn said the character was straight out of a 1970s television series like Wonder Woman.

Joel Kinnaman as Rick Flag: The heroic military leader of the Suicide Squad. Kinnaman said the film was an opportunity to give the character a blank slate, and said Flag was sillier, less jaded, more naive, and funnier in the film than his portrayal in the first Suicide Squad (2016).

Sylvester Stallone as the voice of Nanaue / King Shark: A man-eating fish-human hybrid.

Viola Davis as Amanda Waller: The director of A.R.G.U.S. who runs the Task Force X program.

David Dastmalchian as Abner Krill / Polka-Dot Man: a criminal who wears a suit covered with polka dots that are actually a variety of gadgets.

David Dastmalchian as Abner Krill / Polka-Dot Man, a criminal who wears a suit covered with polka dots that are actually a variety of gadgets
Daniela Melchior as Ratcatcher 2: a villain who controls rats including her pet rat Sebastian.

Pete Davidson as Richard Hertz / Blackguard: a mercenary who is easily manipulated into ruining his own schemes.

Alice Braga as Sol Soria: Bad ass resistance fighter heard taskforce x was tasked with assassinating dictator Luna, and insisted on coming along to help them.

Nathan Fillion as Floyd Belkin / T.D.K.: a metahuman with the ability to detach his own arms, which he uses in combat and crime.

Flula Borg as Javelin: a former Olympic athlete who wields javelins as weapons.

Mayling Ng as Mongal: an alien warrior from the conquering planet of Warworld.

Gunn took inspiration for the film from John Ostrander's original 1980s run on the Suicide Squad comics, but described his script as more of a sequel in the same spirit as those comics rather than an adaptation of them. The film is R-rated, with the main characters often "splattered in blood". Gunn said each member of the Suicide Squad in the film was inspired by a different film genre, and explained that he was drawn to Ostrander's take on the team because each of his characters were "loser, B-grade supervillains".

The Suicide Squad will be out 6 August 2021 in Cinema.