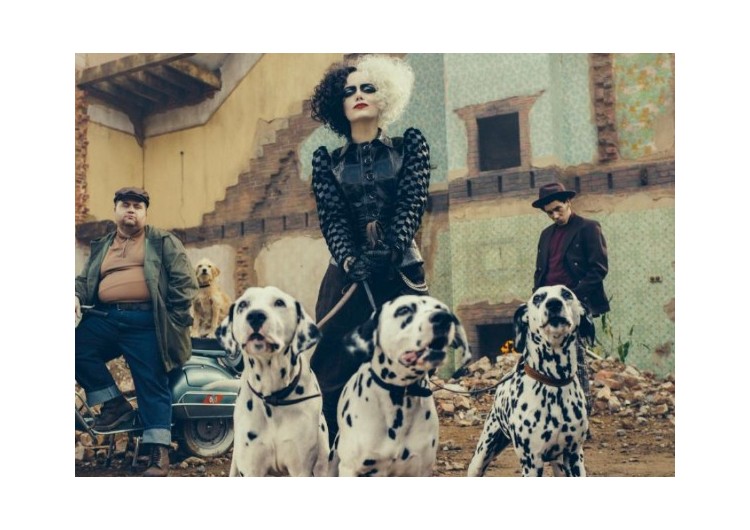 25 years since the first live-action 101 dalmatians movie and the queen that "stole the show" now has her own movie.
Cruella will be in cinemas and on Disney + (Premier Access) 28th May.

WHO'S WHO?
Emma Stone as Estella "Cruella" de Vil: An ambitious and aspiring fashion designer, who will go on to become a notorious and dangerous criminal obsessed with Dalmatian furs.

Directed by Craig Gillespie with a screenplay by Dana Fox and Tony McNamara, from a story by Aline Brosh McKenna, Kelly Marcel, and Steve Zissis. Emma Stone stars as the title character, with Emma Thompson, Joel Fry, Paul Walter Hauser, Emily Beecham, Kirby Howell-Baptiste, and Mark Strong in supporting roles. Stone serves as an executive producer on the film alongside Glenn Close, who previously portrayed Cruella in the previous live-action adaptations.

THE PLOT
Cruella, which is set in 1970s London amidst the punk rock revolution, follows a young grifter named Estella, a clever and creative girl determined to make a name for herself with her designs. She befriends a pair of young thieves who appreciate her appetite for mischief, and together they are able to build a life for themselves on the London streets. One day, Estella's flair for fashion catches the eye of the Baroness von Hellman, a fashion legend who is devastatingly chic and terrifyingly haute. But their relationship sets in motion a course of events and revelations that will cause Estella to embrace her wicked side and become the raucous, fashionable and revenge-bent Cruella.


The Hundred and One Dalmatians is a 1956 children's novel by Dodie Smith about the kidnapping of a family of Dalmatian puppies.


SOME 101 DALMATIANS FACTS
1) All of Cruella’s luscious furs are FAKE, Glenn Close insisted upon it.
2) The dogs on set were literally terrified of Close dressed as Cruella, They would slink away when she appeared on set in full costume, hair and makeup.
3) Jeff Daniels‘ face was constantly covered in hot dog water, It was the only way the crew could get the dogs to lick his face on cue.
4) The car that Cruella DeVil drives is a 1974 Panther DeVille.
5) For her character Cruella DeVil, Glenn Close based her vocal enunciations on Joanna Lumley's Patsy from Absolutely Fabulous (1992), most especially Lumley's plummy vocal quality.
6) There are 6,469,952 spots in the animated movie.
7) All of the dog barks in the animated movie were actually recorded by a human, Clarence Nash, the voice actor famous for playing Donald Duck, created them all.


CHECK OUT OUR 101 DALMATIANS COLLECTION HERE.