WHAT MAKES WANDAVISION SO DAMN GOOD! 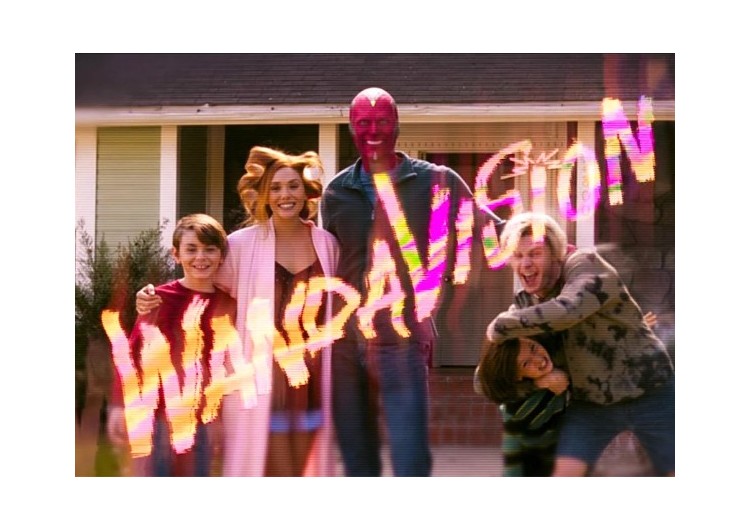 WHAT MAKES WANDAVISION SO DAMN GOOD!
WandaVision hit our TVs on the 15th of January and has kept us on the edge of our seats ever since. It has been a long time since a tv show has caused this much speculation and anticipation, with many fans try to guess plot twists and reveals with some getting them right (just as many guessing wrong). But why has WandaVision been so great?

Sitcoms and Dramas that defined generations
Marvel is great at nostalgia, and WandaVision plays with your emotions without you really knowing. Although no exact date is revealed it appears to start with the 1950s and 1960s, with many references pointing to I Love Lucy and The Dick Van Dyke Show. Ep 2 was dedicated to Bewitched and I Dream of Jeannie 1960s and the 1970s. Ep 3 was in colour, The Brady Bunch, The Mary Tyler Moore Show visually present 1970s and early 1980s. Ep 5: Family Ties and Growing Pains late 1980s to 1990s. Ep 6 is very clearly Malcolm in the Middle of the 2000s and Ep 7  is Modern Family, the 2010s. Someone in your family has either watched some of all of these. It's an intriguing way of storytelling and simply works for this type of program.


Cliff hangers
If you hate waiting to find out what happens then this is not the show for you. Marvel is releasing these one ep at a time weekly, like many of the shows they are copying, and every episode ends on a cliffhanger. But we kinda love this. It reminds us of what it was like growing up before you could binge-watch everything. The excitement of discovering who killed who or if the cops caught the criminal or did the wedding go ahead or did so and so stop it.

Twitter Buzz
Avoiding Twitter on a Friday is a must if you want to avoid spoilers, mute them words! From like 9 in the morning until the next day it is full of speculation and gifs and many many fan fav moments. And this is every week. You don't get this much nowadays, it is rather lovely actually even if annoying.


It's not all fun and games
Very early on it sets up that Wanda is doing this and you assume it is to actually live a life she couldn't with Vision. As the eps continue you learn that isn't the case. Very slowly things start to happen. Strange things that she can't explain and she just brushes over them. She starts to lose control of Vision and she can't control her kids, characters go off script, etc. It's little things that are done in such a clever way that you learn pretty much nothing until ep7, but only you don't know that.

New additions and comebacks to the MCU
Monica Rambeau is a fabulous character (Yes, that one; We saw Monica Rambeau as a young girl in 2019’s Captain Marvel). One of the leading characters and her presence in any scene reassures you that something badass is about to happen. Agnes /Agatha Harkness (many fans guessed this, but you officially find out ep7) stars as the real comedian of the show, cheesy winks, and one-liners. Kathryn Hahn deserves some sort of award for her ability to change moods in seconds, oh how I hope for out-takes. Ok, let's confuse things.. Evan Peters plays Pietro Maximoff/Quicksilver, (the X-men's Quicksilver is in the MCU playing... the MCU version of the same character). Some fans think there is more to this, like the launch of the X-men or the introduction of Magneto. However, after last week's episode, this seems unlikely. Two other returning characters are Darcy Lewis and Jimmy Woo who need their own show. Darcy Lewis (the one from Thor) has been welcomed back with open arms from fans with her sarcasm and wit. Funny lines are so missed and often needed to stop some moments from becoming too bland. She is the one who kind of gives you a viewer's perspective on what is happening in Westview. This is essentially confirmed when she sees Pietro on the telly and blurts out "She recast Pietro". Jimmy Woo (Ant-man and the Wasp) is also a character who has been welcomed back with open arms from fans. His FBI skills have improved and the meme of him bringing his new best friend's coffee is enough to warm your heart. Whilst Jimmy hasn't had much time to shine in this series compared to Darcy, his positive and upbeat attitude to everything brings a new adorable side to this character.  Possibly the biggest surprise was the birth of Wanda and Vision's twin kids, Billy and Tommy Maximoff. They grow up years within just an episode (They stop once Wanda asks them to). All we know is Billy and Tommy are likely incredibly important to the main plot. And thanks to the sitcom-styled setting you take a liking to them very quickly despite not really knowing much about them (if you don't read the comics).

The Acting
Elizabeth Olsen, we could just leave it there, to be honest. Although wrapped up in this comedy gift packaging, underneath it is all about Wanda, who is clearly suffering some sort of break down and Elizabeth Olsen really manages to express this to you without even saying it. Just the eyes, the movements, an Award-worthy performance. I really look forward to seeing her in more movies. Kathryn Hahn (as Agnes) the chemistry with Wanda is fantastically fun, really joyful to watch and experience. Because the chemistry is so great you just know that whatever happens in the last two episodes is going to be amazing. Kathryn Hahn can change moods within seconds and brings such a unique voice to whatever she does. an Award-worthy performance. Teyonah Parris's first performance in the MCU and aren't you glad she's here! Ep 4 is where we really learn who Geraldine (Monica Rambeau) is. You instantly fall in love with this woman. A woman who only came back from the blip weeks before but can still get a team together to help her within hours. Wandavision has very strong woman leads, the good, the bad, and the funny* (you know whos who). I wouldn't want it any other way.

You sure this is a Marvel series?
This really is so out there for Marvel. But it is what was so needed. Because it is so different it creates a massive talking point. Covid meant no Marvel content for an actual year. Fans were begging. Wandavision has let audiences have a totally new conversation about their favourite characters, maybe something Black Widow would have struggled to do if it was released first. No longer do we have to discuss who you wish lived or died and why blah blah blah, NO! Now we can all talk about what the HELL IS HAPpENING IN WESTVIEW?


The plot is so out there it could actually be from a different universe and that is dangerous when it comes to creating something a wide range of audiences would want to watch. But the sitcom style of storytelling involved in this really managed to ground the series. The fact that Wanda can change nearly anything in it with a flick of her fingers seems, actually, totally normal. Now you're hooked, the natural heartbreaking feelings you'll feel towards all the characters does the rest, You don't want anything bad to happen to any of them, can they not all stay in West view? Please?